Association Board of Directors 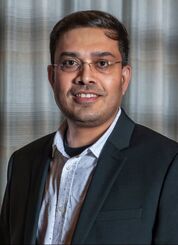 Kris Parikh
Chairman of the Board
Minted Indian Bistro, Owner
Kris and his wife, Bindi Parikh are the Owners/Operators of three Indian restaurants in Las Vegas, bringing authentic Indian food to the Las Vegas Valley along with a complete dining experience. In 2008, he opened Mint Indian Bistro near the Las Vegas Strip on East Flamingo Road that caters heavily to the tourism and convention industry. In 2016, Kris opened a new Mint Indian Bistro location at Durango and Flamingo. On Christmas Day 2019, Kris opened his third restaurant, Divine Dosa & Biryani. Finally, Kris owns and operates NirvanaXP.com based in Mumbai, India, with a satellite office in Las Vegas. Nirvana XP is a complete enterprise restaurant management application platform run off an iPad POS system. Nirvana XP’s scalable platform provides employee management, inventory management, reservations, waitlist, online ordering, kitchen display system, CRM, intelligent data reporting, all on cloud-based services. This service is used in all of Kris’ food industry companies and is in use by restaurants and food service companies across the United State and around the world. 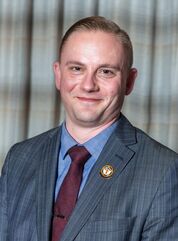 Cory Cutler
Immediate Past Chairman
​Fleming's Prime Steakhouse & Wine Bar, Operating Partner
Cory is the Operating Partner with Fleming's Prime Steakhouse & Winer Bar in Las Vegas, Nevada. He is a graduate of Arizona State University, where he earned a degree in Political Science. He started his career at Fleming's Prime Steakhouse & Wine Bar 16 years ago as a busser. In the years since, he has held multiple positions with the company, from Manager to Field Training Manager, helped open 5 different locations across the country, and is now the Operating Partner of the Fleming's in Town Square. He moved to Las Vegas three years ago to take over the Fleming's in Town Square, and in that time he has worked with the Nevada Restaurant Association, starting as the Vice Chairman of the Board and now as the Chairman of the Board.​ 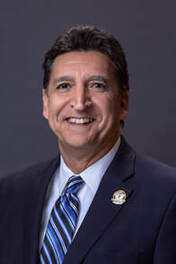 David Dahan
Board Liaison
​Chief Executive Officer, USI Nevada
​David Dahan served as Chief Executive Officer of the firm of Orgill/Singer & Associates, Inc; prior to the acquisition by USI Insurance Services LLC in 2020. He now serves as the Chief Executive Officer of Nevada. Founded in 1994, incorporated in Delaware and headquartered in Valhalla, New York, USI Insurance Services, LLC (“USI”) is one of the largest privately-held insurance brokerage and consulting firms in the world, delivering employee benefits, property and casualty, personal risk, program, and retirement solutions throughout the United States. The Las Vegas office is located at 8360 W. Sahara Avenue, Suite 110, Las Vegas, NV 89117. 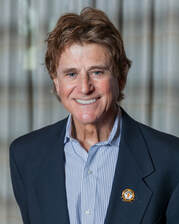 Tommy Rocker
Tommy Rocker's Mojave Beach Grill, Owner
Vice Chair of Taverns & Bars
Tommy Rocker is a well known Las Vegas entertainer and, along with his wife Donna, is the owner and operator of two popular restaurants, Tommy Rocker’s Mojave Beach Bar & Grill near the Las Vegas Strip and Black Mountain Grill in Henderson. He has performed in clubs and at concerts as a solo and with bands all over the U.S., including his own venue. Tommy grew up in Seaside, Oregon, and received a degree in law from U of O. After passing the Oregon bar exam, he decided to tour playing music for a year; which has turned into decades of performing. In 1984 he landed a gig in Las Vegas and five years later opened his first restaurant/bar there. He has been recognized with an official “Tommy Rocker Day” by the Nevada Governor’s office and the Clark County Commission for his hosting of and performing at many charity functions. 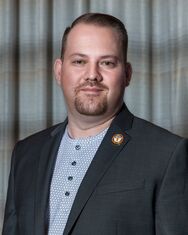 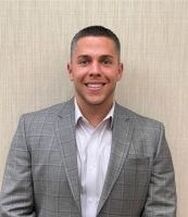 John Iannucci
Treasurer
Birdcall, Chief Operating Officer
​John is a results driven expert with 20+ years of experience, leading, revitalizing, and optimizing restaurant brands. He has held senior leadership positions at Logan’s Roadhouse, Max Brenner, Carmine’s, BJ’s, and The Cheesecake Factory and currently is the Chief Operating Officer of Shari’s, Coco’s and Carrows restaurants. He is most notably known for developing and growing sustainable revenue streams, people development/culture, growth and cost reduction strategies.. John was recently elected to the Restaurant Leadership Advisory Council. He will be working as a brand ambassador for Winsight, and will work closely with the team  as an advocate for the restaurant industry. 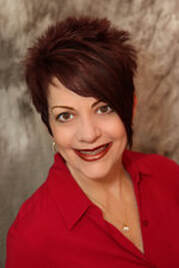 Kay Kolbo
Alicart Restaurants, ​Director of Special Events
Born and raised in the Midwest, Kay Kolbo has been an active local Las Vegas resident for the past 30 years. Kay has extensive experience in the casino food and beverage industry, promotions and special event management, trade show production, public relations, and media publication sales and marketing. Since 2011, Kay has served on the Board of Directors for the National Association of Catering and Events local Las Vegas Chapter as the Community Outreach and Public Relations Chair and is now the Director of the committee. She continues to support the community by spearheading her committee as they donate their time and efforts to local Las Vegas charities in need. These organizations include Candlelighters Childhood Cancer Foundation, Street Teens of Nevada, Olive Crest, The American Cancer Society and past recipients of the committee’s charitable drives - The Shadetree of Nevada. Kay is also a member of Destination Services Association of Las Vegas and Las Vegas Territory, ILEA or International Live Events and LVHA – Las Vegas Hospitality Association. 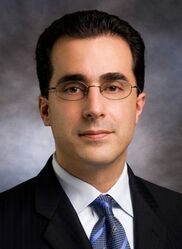 Anthony L. Martin
Ogletree, Deakins, Nash, Smoak & Stewart, Managing Shareholder
Anthony, “Tony,” who lives with his family in Las Vegas, is the Nevada offices’ managing shareholder for Ogletree Deakins, one of the nation's largest labor and employment law firms representing management in all types of employment-related legal matters. With more than 20 years of actual, practical experience in the restaurant and hospitality industry, Tony has substantial experience representing national, regional and locally owned and operated restaurant, tavern, hotel and casino companies in labor and employment related matters. In addition to providing day-to-day legal advice and counsel to employers around the country, Tony’s practice includes the development of proactive employee relations strategies to maximize employee engagement and satisfaction, as well as minimize the risk and impact of third party disruptions, addressing workforce issues such as wage and hour and other legal compliance, and third party claims. 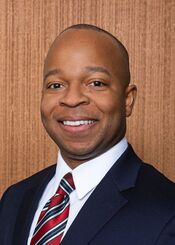 James McGinnis
Executive Director F&B Finance, Wynn Las Vegas Hotel
James McGinnis is the Executive Director of Food and Beverage Finance for Wynn Las Vegas. In this role, he is responsible for financial analysis, reporting, and point of sale administration for the Food and Beverage division. James was raised in Las Vegas and is a graduate of UNLV where he obtained a bachelor’s degree in Finance. James also serves on the board of directors for the Boys and Girls Club of Southern Nevada and Junior Achievement of Southern Nevada. 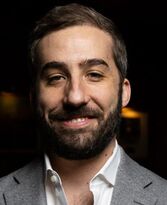 Nick McMillian
Vice Chair Restaurant
Golden Steer, Managing Partner
​Nick McMillan is a Managing Partner of The Golden Steer Steakhouse. McMillan is originally from Chicago and has spent his career building companies in both the technology and food industries. He sold his most recent startup, Akouba, in 2018 before relocating to Las Vegas with his wife — Amanda Signorelli — to take over operations at The Golden Steer. 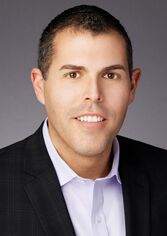 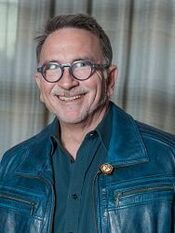 Rick Moonen
Perry Restaurants
Chef Rick Moonen is a native New Yorker who is known for being a sustainable seafood advocate in the restaurant industry.  Chef Moonen graduated from the Culinary Institute of America in 1978 then went on to apprentice at L'Hostellerie Bressane. While working along side Chef Jean Morel at L"Hostellerie Bressane, he discovered his true passion for being a chef. In 2005, he decided to bring his culinary experience to the Las Vegas area where he opened up his critically acclaimed seafood restaurant, RM, in Mandalay Bay. In 2008 he published his first cookbook, Fish Without a Doubt.  Along with being a renowned chef, Chef Moonen spends his time traveling the country educating people about ocean conservation as well as being committed to ending world hunger. Chef Rick Moonen serves on the board for Three Square Food Bank and the Star.Chefs.com Advisory Board. 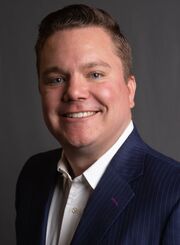 Andrew Roth
Sysco Las Vegas, Director, Sales Strategy & Operations
Andrew graduated from the University of Notre Dame in 2008 and played for the Men’s Tennis program. He relocated to Las Vegas in 2017 after spending most of his life in Houston, Texas. Andrew joins the Association with over 11 years of experience in the foodservice industry working for Sysco in various leadership roles. He currently holds the position of Director, Sales Strategy & Operations within the Desert Region (Southern Utah, Las Vegas and Arizona). Prior to joining the Board of Directors, he was an integral leader in our Membership Committee within the Association. 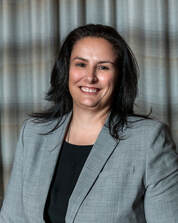 Alice Tomlin
​WeNevada, LLC, Director of Human Resources
​Alice is the Director of Human Resource at WeNevada, LLC. She brings to the Association over 15+ years of experience in Human Resources/Risk Management in food and hospitality operations. Her knowledge of the various state's labor and risk laws and regulations gives her a strong partial perspective on the impact that these have on small business and the importance of advocating tirelessly for sensible legislation and regulatory rule making. 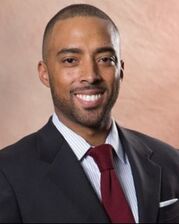 Christopher Smith
FRSCO Corporation dba McDonald's, Owner/Operator and Partner
Christopher is a nine-year partner with his father in McDonald's franchise restaurant, with 13 locations in Southern Nevada. Throughout his career, he has proven his ability to take an idea and turn it into an actionable opportunity, fostering its growth and taking it to the next level. He has a passion for maintaining and delivering the high standards of the McDonald’s brand, is committed to giving back to the community, and has been recognized as one of VEGAS INC’s Top 40 Under 40, as well as a “Rising Stars of Business” by the Las Vegas Business Press. 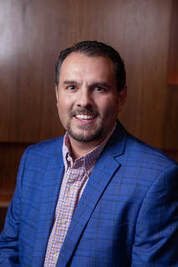 Mark Sandoval
University of Nevada, Las Vegas,  Executive Chef
Mark Sandoval was drawn to cooking at an early age – an interest he credits to his father. Upon graduation in 1995, he moved to San Francisco to pursue his love for all things culinary, where he enrolled in the California Culinary Academy. His first restaurant position came at Moose’s, a North Beach favorite where Sandoval learned to prepare seasonal American cuisine with local, small-farm ingredients, a passion that would develop Sandoval’s cooking style. Mark has worked for some notable chefs such as master chef Joel Robuchon and Wolfgang Puck. After nearly 6 years at the helm, Sandoval moved off of the strip to the M Resort to oversee Anthony’s Gourmet Burgers & Brews and Marinelli’s. While working at the M Resort, Mark began teaching at UNLV as a part time instructor in the Hospitality College. His goals shifted at that point with a new direction towards education. In March of 2016 Sandoval accepted the position of Executive Chef of UNLV. In 2019 Mark was chosen to sit on the board of directors for the Nevada Restaurant Association. 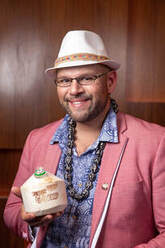 "Coco" Vinny Zaldviar
Coco Taps, Owner
“Coco” Vinny Zaldivar is the CEO and creator of Coco Taps. It was his distaste of these box drinks that actually inspired him to start his company.  CocoVinny ventured to bring to market fresh coconut to everyone to enjoy. Coco was featured on Shark Tank where he learned the importance of determination, Today, Coco Taps company can found in some of the top resorts and casinos in the Las Vegas Strip in over 200 businesses. It also is the first company in Las Vegas to earn the Zero Waste certification.

Our Sponsors and Partners